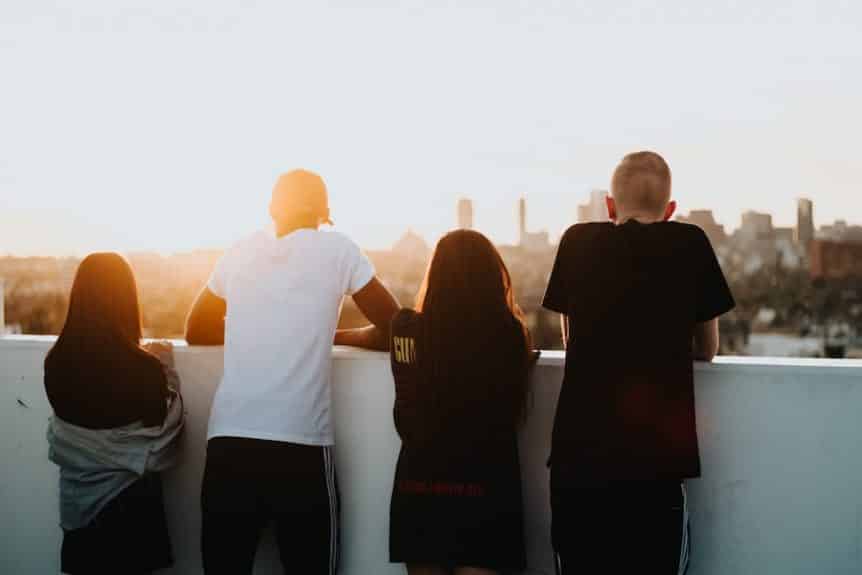 Mental health has been a very hot topic in the media in the last few years. And thankfully, we’ve made huge strides towards awareness, stigma reduction, and better accessibility to resources — particularly to counselling. But even with things changing, there’s been a huge discrepancy in how different groups approach, think about, and talk about counselling. Let’s focus on two: millennials and baby boomers.

It’s no surprise millennials and boomers haven’t seen eye to eye on most issues since, well, the beginning of time. So it’s logical their approaches to counselling are completely different too.

For boomers, counselling just wasn’t talked about. It’s not that it wasn’t happening or that people weren’t going. Psychotherapy has been around for centuries now and was well used in previous generations.

Actually, the 1940s to 1960s and onward were when some of the biggest names in psychology were doing some of their most influential work. It’s always been there; people have always sought professional help to better understand themselves and maneuver the complicated walls of their own minds.

So why are boomers so hush-hush about it? If you ask them, many will tell you it was seen as weak to reach out for help, that others would label you a failure. Or dramatic. Or unable to take care of yourself. That you were “losing your grip.”

Those thoughts and beliefs are still very much alive with older generations today. Meanwhile, millennials are screaming their personal experiences with counselling and therapy from the rooftops.

Before we can begin to understand the differences in attitudes, we need to first break down who’s affected and at what rate. Gather round, its data time.

According to a report from the Center for Collegiate Mental Health at Penn State University, the number of students seeking mental health resources like counselling has shot up significantly. From 2010-2015, the use of counselling centres jumped by an average of 30-40%. And from 2014-2017, anxiety and depression rates have grown steadily, year after year.

Today, anxiety disorders are the most common mental illness in the United States, affecting over 40 million adults aged 18 and older. That’s over 18% of the entire country’s population. That’s a big deal.

Here in Canada, 1 in 5 people will struggle with their mental health at any given time. By the time they turn 40 , 50% of the Canadian population will have had, or still have a mental illness.

Those numbers are sky high, and they not only affect millennials, but boomers and every generation in between. So why is it that millennials are not only seeking counselling at higher rates, but are openly sharing their experiences?

A major reason why millenials are so cool talking about their experiences with counselling and therapy is because they’ve always shared everything. Seriously, everything.

They were the first generation to grow up with around-the-clock instant access to phones and computers. If you’re a millennial, ask yourself: when was the last time you used ‘brb’? You never go offline anymore — you just live here now.

As a generation accustomed to being online all the time, they not only share every experience, but they find creative ways to do it. Mainly, memes and tweets:

Expressing a very private thing like therapy seems a lot less touchy when you do it in a meme format with layers of humour and the right imagery. Following these unwritten rules creates distance between the post and the poster.

The magic moment is really when the tweet goes live and the engagement begins — other people begin chiming in with retweets, likes, responding with a simple but validating ‘Same’, or with an equally funny meme. And suddenly, the tweet doesn’t feel personal at all anymore. It no longer feels like it belongs to one person. It’s now a collective experience.

In putting something so private out into the world, millennials find community and solace. Not only that, they inspire each other to reach out for help, often offering advice to their peers or pointing them in the right direction.

Yes, social media can be a source of stress and pressure, but it can also be the exact opposite. It’s not about completely cutting it out, but using it instrumentally. And millenials are great at that.

Let’s think back to when boomers were in their teens and adulthood. What was their focus? Well, the economy was pretty great and the idea of the nuclear family was the pinnacle of success. This put boomers in a growth mindset.

They were optimizing their careers, their families, and their assets. And there’s nothing wrong with that. But in all that optimizing, many boomers never had a chance to look inward. The good news is, it’s never too late.

Platforms like Wellin5 connect people to counsellors who can help them meet personal goals, untangle complicated life situations, and be the best versions of themselves.

Not so different after all

Millennials are totally changing the mental health landscape with the way they approach counselling. They’re unapologetically loud about their experiences with mental health, and we love them for it.

Talking about mental health and counselling is the best way to eliminate the stigma that surrounds it. Normalization is key, and millennials are spearheading the movement.

It’s true millennials and boomers have totally different approaches to counselling, but that doesn’t mean they have nothing in common. Every person, no matter which generation they’re from, wants to do and be their best. Mental health services like counselling can help people of all ages get started on their journey. Not sure where to begin? Wellin5 can help.

Do you talk about your counselling journey online? Share what your experiences have been talking about therapy in the Wellin5 community.

Sarina Arefzadeh is a Vancouver-based content marketer, mental health advocate, and pop culture enthusiast. She brings her education in psychology and sociology to unpack topics like tech, gender, mental health, and online life. She’s a speaker with Jack.org, regularly visiting schools to talk to students about their mental health, what it means, and how they can be there for themselves and their peers. Connect with Sarina on LinkedIn, Twitter, or by email.